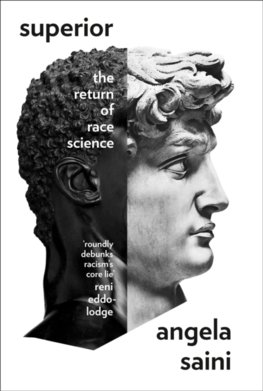 Superior: The Return Of Race Science

`We can draw lines across the world any way we choose, and in the history of race science, people have. What matters isn't where the lines are drawn, but what they mean.' Modern science is pivotal in our understanding of race - not because of the lines that thinkers through the centuries have chosen to trace, but because, once grouped, what they thought belonging to these groups signified. In Superior award-winning science writer Angela Saini explores the concept of race, both past and present.

At its heart, race is the belief that we are born different, in character and intellectually, as well as in appearance. It's the notion that as groups of people we have certain innate qualities that are not only visible, but which may also have helped define the passage of progress, of the success and failure of the nations our ancestors came from. But modern science has moved on from these beliefs, finding reality to be much more complicated.

Taking us from Darwin through the civil rights movement to 23andMe, Saini examines how deeply our present is influenced by our past, and the role that politics has so often had to play in our understanding of race. Superior is a rigorous, much needed examination of the insidious history and damaging consequences of race science - and the unfortunate reasons behind its apparent recent resurgence across the globe.

Inferior: The True Power Of Women And The Science That Shows It

Superior: The Return Of Race Science

Inferior: How Science Got Women Wrong

The Workshop and the World

First You Write a Sentence.

Penguin Readers Level 6: One Of Us Is Lying