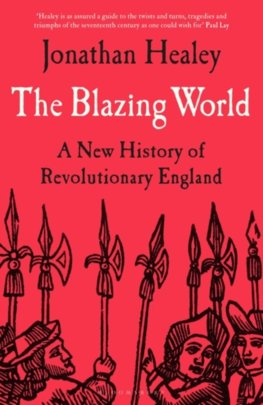 A major new history of England's turbulent seventeenth century and how it marked the birth of a new world'This is a wonderful book, exhaustively researched, vigorously argued and teeming with the furious joy of seventeenth-century life' The TimesThe seventeenth century began as the English suddenly found themselves ruled by a Scotsman, and ended in the shadow of an invasion by the Dutch. Under James I, the country suffered terrorism and witch panics. Under his son Charles, state and society collapsed into civil war, to be followed by an army coup and regicide.

For a short time - for the only time in history - England was a republic. There were bitter struggles over faith and no boundaries to politics. In the coffee shops and alehouses of plague-ridden London, new ideas were forged that were angry, populist and almost impossible for monarchs to control.

Despite the radical changes that transformed England, few today understand the story of this revolutionary age. Leaders like Oliver Cromwell, Charles II, and William of Orange have been reduced to caricatures, while major turning points like the Civil War and the Glorious Revolution have become shrouded in myth and misunderstanding. Yet the seventeenth century has never been more relevant.

The British constitution is once again being contested, and we face a culture war reminiscent of when the Roundheads fought the Cavaliers. From raw politics to religious divisions, civil wars to witch trials, plague to press freedoms, The Blazing World is the story of a strange but fascinating century, told in sparkling detail. Drawing on vast archives, Jonathan Healey refreshes our understanding of public figures while simultaneously taking us into the lives of ordinary people to illuminate a revolutionary society that forged a new world.