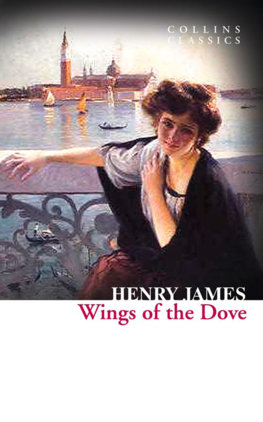 The vivacious Kate Croy finds herself torn between love and money, friendship and ambition; “the crown of Henry James’s achievement.” Now a critically acclaimed film.

Kate Croy is a beautiful but impoverished young woman forced to live with her successful but astringent Aunt, Maude Lower. Lower intends Kate to marry the aristocratic Lord Mark, but she is already in love with a journalist, Merton Densher. Though their lack of money prevents the two from marrying, the destitute couple soon become friends with Milly Theale, an American heiress with an ambiguous ailment and an obvious affection for Densher. As Theale’s health grows worse, Kate weaves a web of intrigue that pushes Densher into Theale’s arms in the hopes of securing her fortune. Theale retreats to Venice in the last throes of her sickness, and Densher, realizing the extent of Kate’s manipulation, forces her to choose between money and love.

The Turn of the Screw and Other Stories

Portrait Of A Lady

The Turn of the Screw and Other Ghost Stories

The Portrait of a Lady