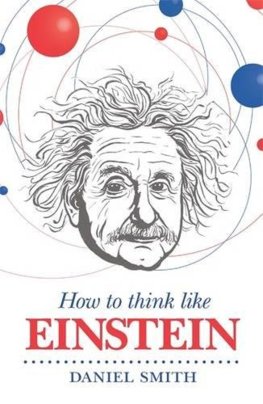 A tantalising mixture of biography-cum-self-help book, this is an accessible, if unusual, analysis of Einstein's thinking- Good Book Guide.

Best known as the creator of the world's most famous equation, E=mc2, Albert Einstein's theories of relativity challenged centuries of received wisdom dating back to Newton. Without his groundbreaking work in relativity and quantum physics, our knowledge of the cosmos might lag decades behind where it is today.

But Einstein was not only an extraordinary scientific thinker. He was a humanitarian who detested war and tried to stem the proliferation of hitherto unimaginably destructive weapons that his work had in part made possible. He spent a lifetime fighting authoritarianism and promoting personal freedom, selflessly standing up to those who posed a threat to those ideals.

He was also a bona fide superstar and was instantly recognizable to millions who had not the least understanding of the intricacies of his scientific theories. Even now, the image of the tussled-hair 'mad professor' poking his tongue out at the camera is familiar across the globe.

In How to Think Like Einstein, you can explore his unique approach to solving the great scientific mysteries of his age and trace the disparate ideas and influences that helped shape his personality and outlook - for better and worse.

How to Think Like Steve Jobs (silver cover reissue)

The Value of Everything