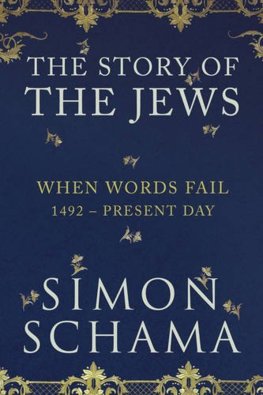 The words that failed were words of hope. But they did not fail at all times and everywhere. These gripping pages teem with words of defiance and optimism, sounds and images of tenacious life and adventurous modernism, music and drama, business and philosophy, poetry and politics. The second part of Simon Schama's epic Story of the Jews is neither overwhelmed by hopelessness nor shrouded in the smoke of the crematoria. As much as it gives full weight to the magnitude of the disaster that befell the Jews, it is a story of hope vindicated rather than wiped out. The stories unfold across the world - in the provincial pavilions of Ming China and beneath the brass chandeliers of Rembrandt's Amsterdam; on ships and carts, stage-coaches and railway trains crossing oceans and continents; in the honky-tonk of San Francisco and the pampas of Argentina, the department stores of Berlin and the avenues of Trieste. The stories themselves are played on the stage of opera houses; in the travelling camera of an expedition in Ukraine, the prison cells of Stalin's Russia, the lagers of the Holocaust; the scenery of misery and redemption in Palestine and Israel. At the heart of the story is the budding belief that peoples of different faiths, customs and cultures can be fellow-citizens of a common country. And amidst all the brutality, somehow the light of Jewish endurance is never extinguished. The odyssey is unforgettable, the storyteller impassioned, the words unfailing.

Votes For Women! : The Pioneers and Heroines of Female Suffrage

The Dawn Watch: Joseph Conrad In A Global World

Mad at the World