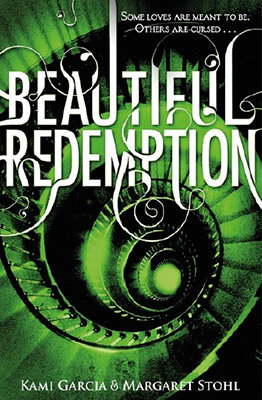 Beautiful Redemption is the much-anticipated finale of the spellbinding love story that began with Beautiful Creatures - a romance that is bound to capture the hearts of Twilight fans everywhere.

One night in the rain, Ethan Wate opened his eyes and fell in love with Lena Duchannes. His life would never be the same.

But he never dreamt that finding love with Lena Duchannes would drive him away. Lena is a Caster girl whose supernatural powers unveiled a secretive and cursed side of Gatlin, so powerful it forced him to make a terrible sacrifice.

Now Ethan must find a way to return to Lena - and Gatlin - as she vows to do whatever it takes to get him back. Even if it means trusting old enemies or risking their loved ones' lives.

Can Ethan and Lena rewrite their fate and their spellbinding love story in this stunning finale to the Beautiful Creatures series?

The Twelve Days of Dash and Lily

The Hate U Give Signed

When You Ask Me Where Im Going